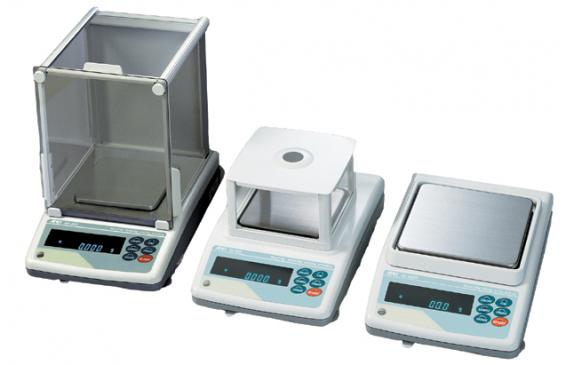 In 2000, we started selling the GX / GF Series precision balances. Thankfully, the series has been well received by users and continues to sell today even 10 years after its debut. Three years ago, we developed and released the FZ-i / FX-i Series as a line of more economical precision balances. The GX / GF Series and the FZ-i / FX-i Series incorporate mass sensors, the Super Hybrid Sensor (SHS) and the Compact Super Hybrid Sensor (C-SHS) respectively. This time, I would like to talk about the background market demands, development processes, and technical solutions concerning these sensors.

In the past, the leading challenge in developing balances was the ability to measure a minute weight value in a stable manner, and it was recognized that balances required a long time to display a stable weight value. Nowadays, however, manufacturing is highly sophisticated, and it is increasingly necessary to achieve both high-level quality control and high productivity, two seemingly irreconcilable propositions.

It took us around two years to develop a mass sensor that could meet such demands, which became the SHS. When we were developing the SHS, it was generally believed that balances could not be used in production lines. This was because precision balances (e.g. 3 kg capacity × 10 mg readability) of the time would take 2 to 3 seconds before the weighing value became stable, but most production line systems required an operation cycle of one second or less. Meanwhile, it was said, and still is even today, that mass measurement is the most sensible way to judge and control quality precisely and at a low cost. This is attributable to the fact that mass measurement realizes a level of control that is beyond the capability of a CCD camera. Examples include monitoring internal defects of tablets or porosities of precision die-casts, or controlling minute applications of oil or grease.

The development of the SHS involved a hybridization of a high stiffness spring material used for load cells and a high-resolution electromagnetic component used for electromagnetic balance sensors. There was no precedent for the combination of Roberval-structure spring material and an electromagnetic balance component, and many engineers here at A&D were in fact against the idea. However, if we had gone as far as to integrate everything from the Roberval structure, fulcrum flexures, tension flexures and beams, as was proposed by several manufacturers already, there would have been various obstacles, such as difficulties in production and repair, and limited choices in processing method. Consequently, we would have had to procure expensive materials and then force the extra costs on end-users in the form of more expensive goods.

Hence, we deliberately did not integrate the structural materials that break easily, such as the fulcrum and tension flexures, and left them as independent elements. Moreover, we adopted a unified Roverbal structure, which had a strong history with load cells using strain gauges and was easy to mass-produce, and thereby cut down the production cost as much as possible. By these means, we successfully established the SHS technology as our unique mass sensor. After some improvements that we made later to the SHS, we have now commercialized high-sensitivity balances with (1) a high stabilization speed of 0.5 seconds, (2) a high resolution of 1/1,000,000 (1 kg capacity × 1 mg readability), and (3) a readability of 1 µg. Furthermore, we also developed the C-SHS, whose production cost is even lower, and incorporated it into the FZ-i / FX-i precision balances. With the C-SHS, we were able to reduce the cost of a weighing sensor by three quarters compared with old electromagnetic balance sensors made before 2000 and accentuate user-friendliness in the field, including ease of maintenance.

Apart from the precision balances, the SHS has also been applied to moisture analyzers of the heating and drying method, the AD-4212 Series, which are special weighing instruments to be used in automated machines in production lines, and accuracy testers for pipette volumes. The scope of its applications continues to expand.

These are our basic observations of the development of the SHS. To tell you the truth, however, when we started the development, we were being pressured by the trend toward the sophisticated integration of sensor components as proposed by our competitors. We were also criticized by the sales division, who said that A&D would fail to stay current with the market and technology if it employed a hybrid sensor. We were in a tight spot as engineers.

I remember that we felt we had no way out and were agonizing every day to find solutions. One day, while I was in a bus during a trip to Europe, I came up with the idea of intermediate integration, which marked a clear difference from full integration. Building on this idea, we kept creating further solutions and finally arrived at a new principle, which was the SHS as it is today.

We repeated testing with trial samples for about two years, and we were very happy when we achieved target specifications. Fortunately, the move from the trial samples to the ramp-up of the GX / GF Series as new precision balances went fairly smoothly, as we were able to utilize our existing infrastructure of highly advanced production engineering as well as gather our in-house elemental technologies of hardware and software.

Based on this experience, we again realized that when working on a difficult theme such as developing a new sensor, it is important to face reality and accurately grasp the situation in order to inspire ideas, and then work continuously to realize those ideas.