A precision balance that combines all of the essential weighing functions in a compact, light-weight package. 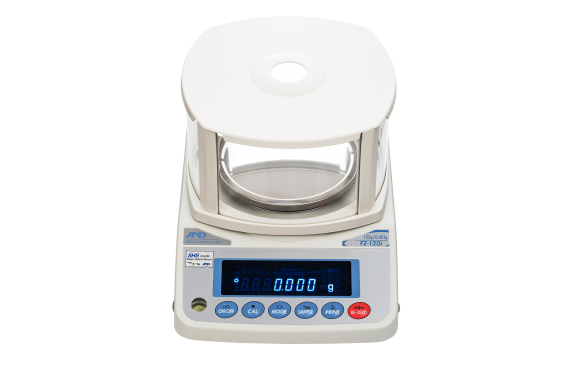 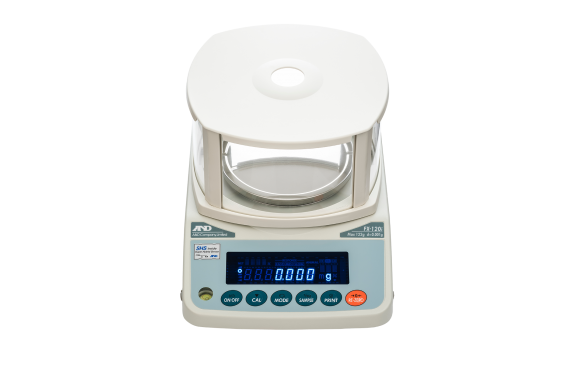 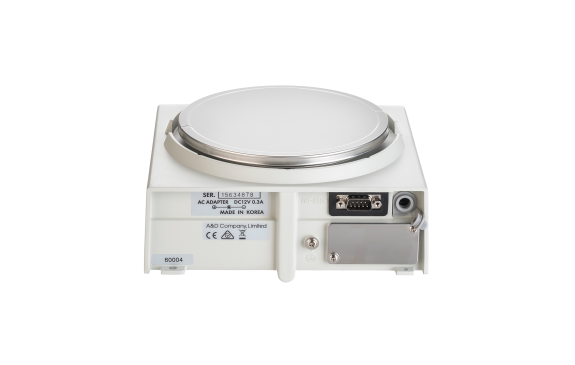 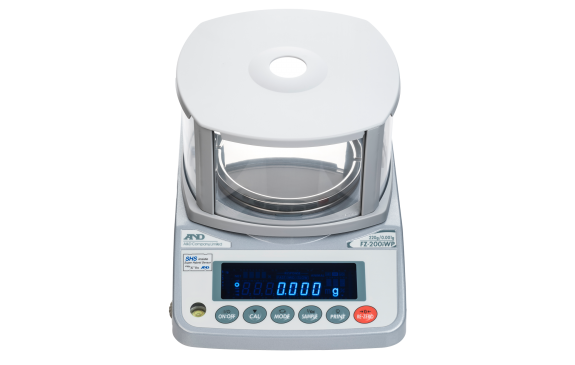 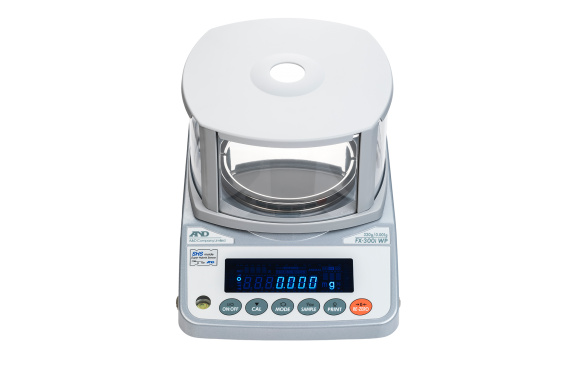 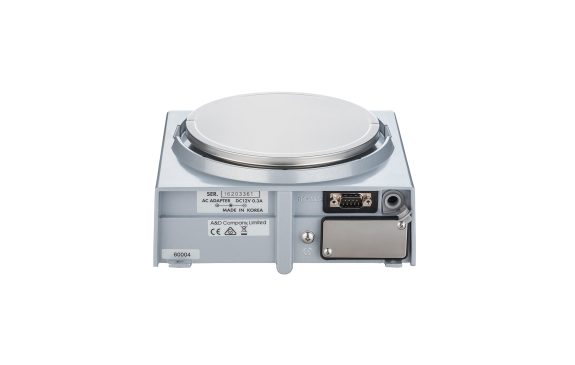 Laboratory level performance suitable for use in any area where moisture or dust can be problematic. This IP65 rated balance can even withstand the largest of spills, rendering it accident proof.

Story 6: Development of the FZ/FX-i Series of General-Purpose Balances

A&D developed and released the FZ/FX-i Series of low cost, general-purpose balances as an entry-level version of the GX/GF Series in 2006. When A&D entered the balance market about 30 years earlier, it captured a tremendous share of the measurement instrument market for the first time with the release of the previous FX/FY Series. We decided it was necessary to widen the selection of models for users and released the new FZ/FX-i Series, with the GX/GF Series being an advanced version of our general purpose balances.

Another important issue was redevelopment of the FZ Series. This series had an internal calibration mass and was intended to be an advanced model to the previous FX/FY Series but never made it to market.

The new FZ/FX-i Series had three development objectives.
1)  Thorough cost cutting, including in the cost of the sensor, and improved quality of the internal calibration
mass mechanism
2)  High-speed response (weighing in 1 second or less like the GX/GF Series)
3)  IP65 dust and waterproof configurations (The world’s first waterproof general-purpose scale with a minimum
resolution of 1 mg)
All these objectives were achieved, but here I will focus on summarizing the development principles and important points with regard to cutting costs.

This is always a matter of debate within the company, but it is often said that cost-cutting discussions have nothing to do with customers and should not be mentioned publicly. However, manufacturing in Japan has started to decline in recent years and the root causes are considered to fall under the following 2 points.
- The cost of finished products made in Japan is no longer a competitive advantage in the international market.
- Products based on technology developed in Japan do not succeed in the international market.

While Japan disseminates a lot of new technology, other Asian countries continue to grab the world market from it. This is in part due to Japanese business practices, particularly in industry, that make the incorporation of new products and ideas difficult. Furthermore, conservative management decisions and a tendency to overlook technology mean that technological success is not linked to market success.

As most people know, Japan has a history of leading technological development. In the past, it was DRAM. More recently, it has been flat panel technology (for mobile phones and liquid crystal televisions) and solar power. Going forward, it will likely be secondary batteries and LED lighting. Despite these technological successes, Japanese electronics manufacturers are clearly being beaten in the world market.

This may go beyond the scope of this article, but even if Japan completely loses the market for finished products to other Asian countries, it is important to remember that a significant portion of components of the products mentioned above are made in Japan. This includes the raw materials and assemblies, in addition to the manufacturing machines and the analyzers that measure the performance and quality of components and products.

In other words, in fields that demand simplicity, advanced functionality, and low cost we find that Japanese manufacturers have maintained their centuries-old pride in quality and remain market leaders. For example, if manufacturers want to stay in business, they must continually cut costs while maintaining part performance to keep cost performance high, and the field of electronic balances is no exception. To achieve this, developers set goals for performance and cost reduction as high as they can, and whether they can achieve them is an important piece of the product development puzzle.

It is said that 80% of cost and quality is determined at the design stage. Looking at what was mentioned above from another angle, we can see the accuracy of this expression.

With this background, the development of the FZ/FX-i Series involved further miniaturization of the Super Hybrid Sensor (SHS) used in the GX/GF and the increased use of precisely pressed parts to reduce machining costs.

Furthermore, to reduce the use of expensive die cast case parts, they were used for the top of the case only, with pressed stainless steel parts used for the bottom. All parts, including the mass sensor, internal calibration mass mover, and electric board, were hung from the rigid upper case. Even the miniaturization of the magnetic circuit in the sensor area, which contains expensive rare earth magnets, was subject to cost cutting and it was necessary to achieve the required high rate of leverage. Consequently, a double lever with two fulcrums was created and a structure that unified the fulcrum and tension flexure (hanging band) of the secondary lever was proposed. To realize this, an integrated precision press part was used for the first time in the industry. These press parts were metal plates with a thickness of 1 mm punched to a width of about 0.3 mm. In the industry, it is generally recommended to press at a width greater than the thickness of the plate, so these parts have exceeded technical limitations. Thanks to these advances, we succeeded in making the cost of the mass sensor of the FZ/FX-i Series 1/4 the cost of the mass sensor on general-purpose balances before the development of the SHS. One additional task involved the internal calibration mass mover. Here, we switched from using an expensive, frequently faulty gear motor that raises and lowers the weight by cam to a direct acting pneumatic mechanism that uses a pressure pump and cuff (accumulator) from blood pressure monitors.

Up until now, A&D balances for the Japanese market, with a few exceptions, have been completely made in Japan. While domestic production has been declining in Japan, we still believe that the cost and quality of a product are mostly determined during its design. By coming up with original ideas, as well as understanding and using the manufacturing support infrastructure that remains in Japan, we will continue to create products based on the technology and social infrastructure of Japan, and in our own small way contribute to the preservation of industry in Japan. With technology and domestic infrastructure as a base, we will sustain manufacturing in Japan and provide new products to the world market.