Adding an Anti-Static Solution in Weighing

Our Development Objectives Were:

The "Development Story" series will describe in detail how these objectives were met, including the processes used to arrive at the solutions. This installment covers how to handle electrostatic interferences. 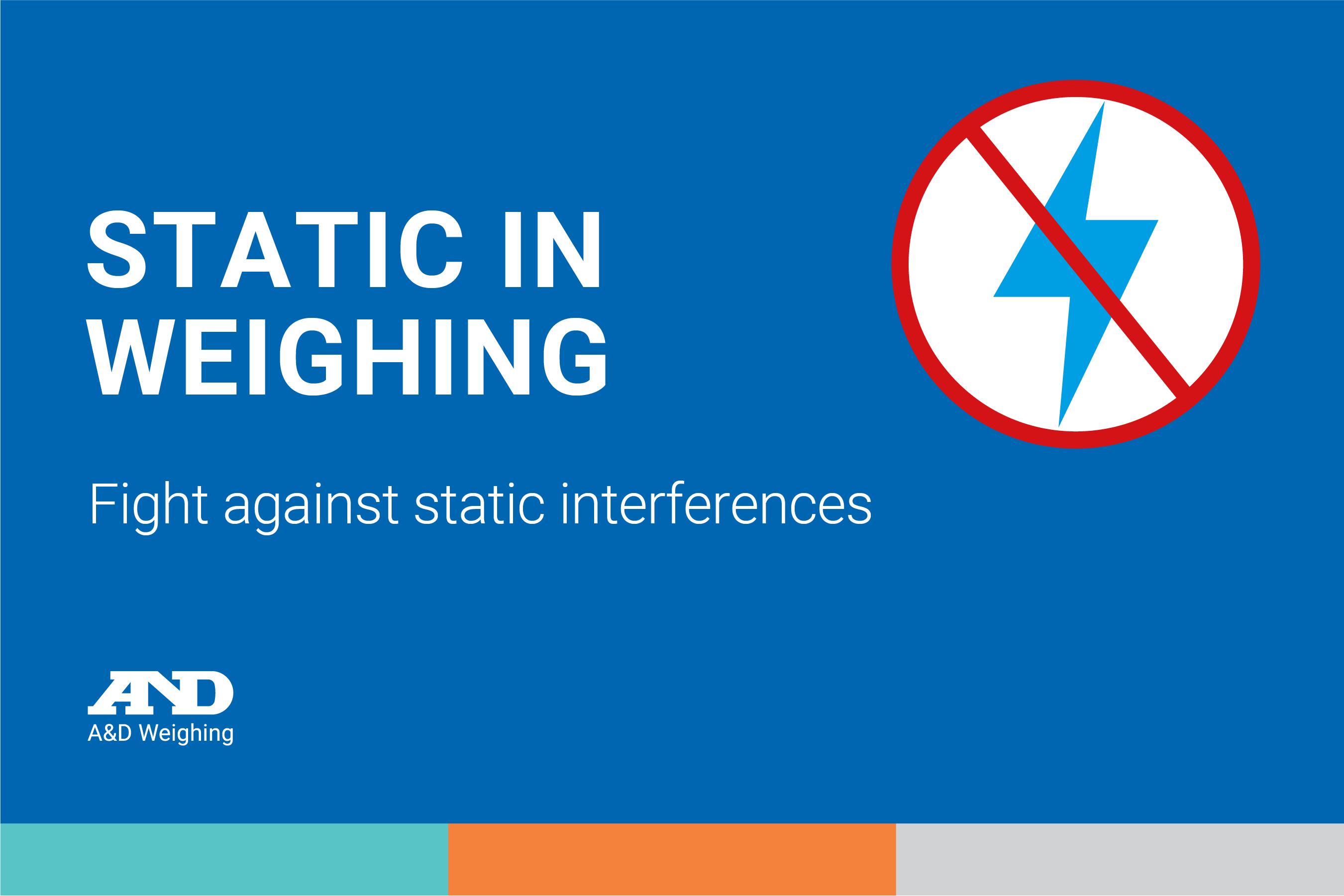 When we investigated the needs for micro to analytical level weighing during the planning stages, we found that smaller measurement that need higher accuracy and precision is currently required with the following types of weighing application or difficult sample types:

WHY QUICK ION TECHNOLOGY IS IMPORTANT

The use of balances in such applications can be difficult because powders, plastic containers, plastic weighing vessels and weighing spoons, plastic droppers, drug packing paper, and Teflon filters can become electrostatically charged very easily. Since static electricity can cause weighing errors of several tens of milligrams, it is impossible to weigh at the micro and analytical level without first dealing with static electricity.

The smaller amounts being measured in the above mentioned weighing applications require a balances with very acute sensitivity (minimum display) and the effects of electrically-charged samples and containers make it impossible to perform accurate weighing. Micro to Analytical balances are also used to measure minute amounts of liquid, powders, and solids in production lines in clean rooms dehumidified to a humidity of 0% to maintain quality. Most clean rooms must be free of dust and metallic contaminates so material such as polyoxymethylene (polyacetal) is frequently used in drive systems to reduce both slide resistance and the release of metallic particles. However, plastic is easily charged in low humidity. For example, vials and other
weighing containers can become charged during delivery, which causes unstable weighing and other problems.

To eliminate static electricity, all models are equipped as standard with a direct-current ionizer. Direct-current ionizers generate a large number of ions over a wide area, so they do not require a fan to blow the ions, which means that powder samples do not get blown away. What's more, the strong anti-static performance of direct-current ionizers removes static electricity from samples in about 1 second, which means the breeze break door only has to be opened and closed once while eliminating static electricity and weighing the sample. Additionally, the balances are equipped with a dedicated anti-static chamber. Users can place samples here to eliminate static electricity from all samples before weighing. This allows the user to weigh the samples one after another without having to perform static elimination before each weighing. Storing samples before weighing in the anti-static chamber not only removes static but also allows samples to acclimate to the temperature of the weighing chamber. This reduces convective flow, which can be caused by temperature differences of 1 °C or less, and in turn reduces weighing error. 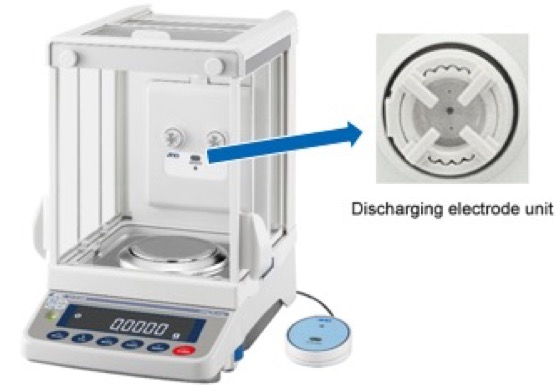 Our new Apollo Analytical 0.1mg resolution have a large weighing chamber that allows users to open a side door of the weighing chamber, pass the sample near the static eliminator at the top of the weighing chamber to remove static electricity, and then place the sample on the weighing pan. In other words, they can remove static electricity from the sample and then weigh it immediately. We also added the touchless IR sensor to make overtasked gloved hands the opportunity to seamlessly work increasing productivity in targeting difficult weighing samples and conditions.  The ion-generating discharging electrodes (needles) are covered to prevent users from touching them and can be exchanged simply by replacing the unit. This unit configuration provides a level of safety that conforms to the requirements for CE marking and allows users to perform maintenance themselves.

A&D has long adhered to the policy of providing users with solutions that enable them to manage balance accuracy and performance easily by themselves while also trying to raise awareness that balance accuracy and performance are inseparable from environmental factors. This is why A&D developed such products as the AD-1687 weighing environment logger, the AD-1691 weighing environment analyzer, and various accessories to minimize the effects of external disturbances. Quick Ion Technology is one more of A&D’s efforts to pursue this policy.